How to run OLPC software from a USB stick 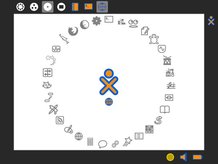 The popular open-source Sugar Learning Platform, a Linux based OS that was developed for the OLPC project, is now available to run from a 1GB USB flash drive.

Sugar Labs has announced that the rather splendidly monikered Sugar on a Stick v1 Strawberry is immediately available, and can be used to reboot any PC or netbook directly into Sugar.

“One year after its founding, Sugar Labs is delivering on its education promise for its second million learners,” commented Walter Bender, founder and executive director.

How to run OLPC software from a Â£5 USB stick | News | TechRadar UK.